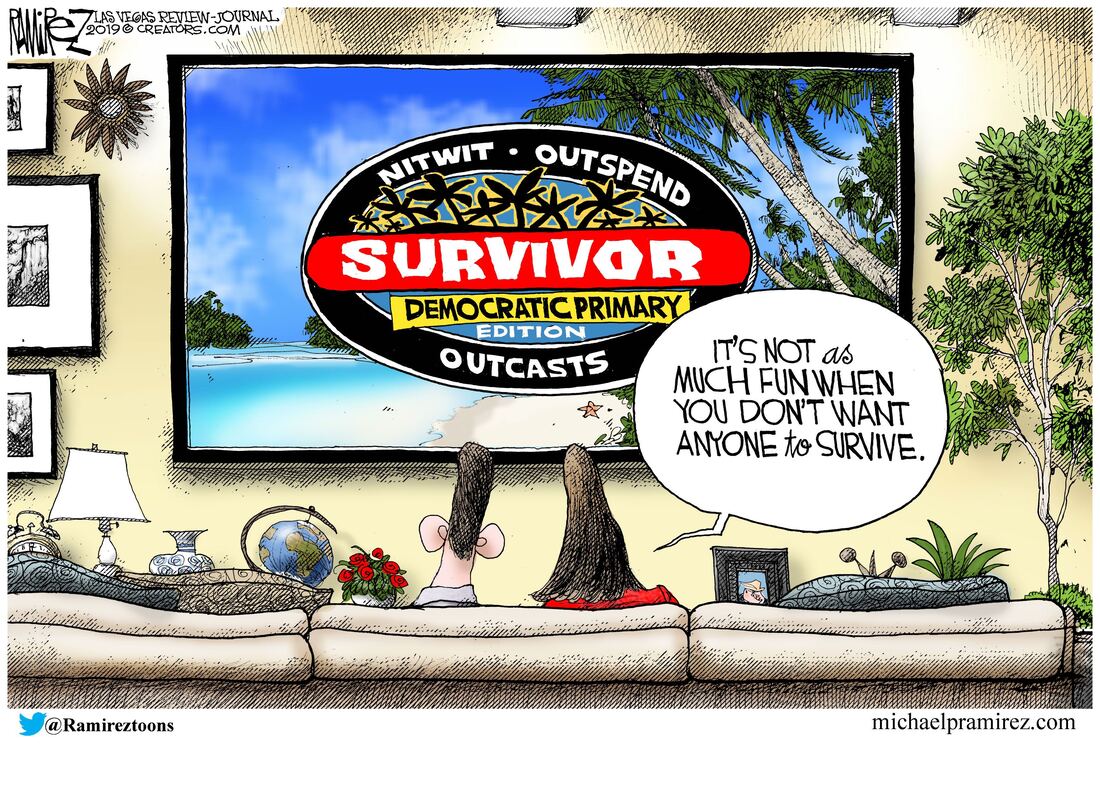 Pete Buttigieg: Tonight, he looked and sounded like the guy who soared to third place (briefly) in the polls by intriguing young voters who want a fresh and intelligent liberal candidate. I think his performance will enable him to hold onto to his existing support, but I’m not sure he will expand it.
Buttigieg had to defend his handling of the recent case in which a South Bend police officer killed a black man who ran at him with a knife. I think Buttigieg did as well as he could do on this matter in the debate. However, the case is likely to keep haunting him.

Kamala Harris I have written that Harris seemed not to have “found her voice.” If true, she found it tonight.
What really distinguished her was not her talking points, though many of them were quite effective, but rather that she was able to project warmth and humanity. I can’t stand Harris, but found her likable tonight even as she was wielding the knife.
Will Harris get a boost from her performance? I think so. How much of one? I don’t know. At whose expense? Maybe Elizabeth Warren’s.

Kirsten Gillibrand: No one tried harder tonight than Gillibrand. She might have made headway too, had it not been for Harris, who was standing next to her.

Unlike Harris, Gillibrand projected zero warmth or humanity. The French have a good word to describe her: pénible.

John Hickenlooper: He was the most sensible candidate on display tonight. He kept insisting that the Democrats can’t defeat Donald Trump if they appear to be running as socialists. I hope he’s right.

I suspect that Hickenlooper won’t have many more opportunities to voice this concern in future debates.

Andrew Yang: Though short on political skill, the tech executive has some interesting ideas. However, he was given few opportunities to express them. Between the bias of the moderators and the aggressiveness of his competitors, Yang was basically frozen out of the debate.

Michael Bennet: He seemed like the most decent guy on the stage. Unfortunately, he appeared to be overwhelmed by the occasion during the first half of the debate. He rallied later on, but remains a no-hoper.

Eric Swalwell: Pénible is a good description of him, too. He had the best night of the no-hopers, though.
Swalwell held himself out as the youth candidate. He quoted Joe Biden from 30 years ago talking about the torch being passed to a new generation. (True to form, Biden had pinched that line from John Kennedy). Now, said Swalwell, it’s his turn to carry the torch.

But you can’t be the torch carrier when you’re at less than 1 percent in the polls. Swalwell made an impression tonight, but when the dust settles, he’s likely to be at around 1 percent.

Marianne Williamson: The spiritual adviser was spirited. If nominated, she plans to make her race with Trump a duel between love and hate. Which will triumph? We will never find out.    read more debate coverage at POWERLINE
Need a unique and wonderful gift?  Shop the Michael P. Ramirez store HERE for hand signed, numbered prints or original art by Michael